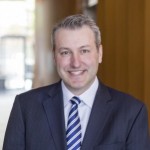 Chad P. Bown is a Senior Fellow at the Peterson Institute for International Economics in Washington and a Research Fellow at CEPR in London. He was on the faculty at Brandeis University for twelve years as a tenured Professor of Economics, and he served as Senior Economist for International Trade and Investment in the White House on the President’s Council of Economic Advisers (CEA) in 2010-2011. He has spent a year in residence as a visiting scholar in Economic Research at the WTO Secretariat, and most recently he was a Lead Economist at the World Bank conducting research and advising developing country governments on international trade policy.