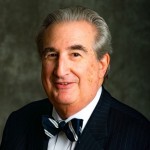 In the area of international negotiations, he has worked on every major U.S. bilateral, regional and multilateral negotiation since the GATT Tokyo Round; and in the area of U.S. international trade and investment laws, he has worked on every major U.S. trade act since the Trade Act of 1974. Mr. Levy served as Counsel to the House Foreign Affairs Subcommittee on Foreign Economic Policy, Legislative Assistant to Senator Adlai E. Stevenson, Legislative Assistant to Congressman John C. Culver, and Legal Advisor to Commissioner Paula Stern at the U.S. International Trade Commission.