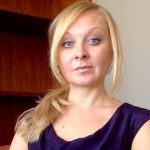 Her research and teaching interests spans trade and economic law, international arbitration and dispute resolution, international business transactions, human rights, criminal law and procedure, the laws of war, and comparative policing practices. Her dissertation is centered around the context of the World Trade Organization’s (WTO) Dispute Settlement Mechanism, drawing on a range of quantitative and qualitative evidence, including automated text analysis of an original dataset of all government statements made within the WTO, new coding of WTO dispute rulings and compliance outcomes, and a series of interviews with WTO officials and member state representatives.