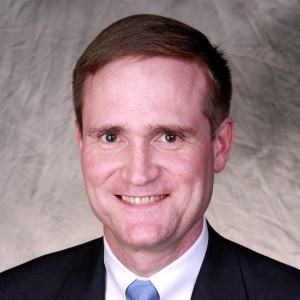 Commissioner Johanson served as International Trade Counsel on the Republican staff of the Committee on Finance of the U.S. Senate from 2003 until his appointment. While on the staff of the Committee on Finance, he was responsible for legislative and policy matters involving negotiations of the World Trade Organization, the Free Trade Area of the Americas, the Trans-Pacific Partnership, and numerous free trade agreements. He assisted in the passage of implementing legislation for free trade agreements between the United States and Australia, Bahrain, Chile, Colombia, Costa Rica, the Dominican Republic, El Salvador, Guatemala, Honduras, Morocco, Nicaragua, Oman, Panama, Peru, Singapore, and South Korea. He also worked on legislative matters concerning trade preference programs (the Generalized System of Preferences, the African Growth and Opportunity Act, the Caribbean Basin Initiative, and the Andean Trade Preference Act), Miscellaneous Tariff Bills, Trade Adjustment Assistance, and the trade-related provisions of the 2008 Farm Bill. Prior to his employment at the Committee on Finance, he practiced international trade law for six years at the law firm of Stewart and Stewart in Washington, D.C. Earlier in his career, he worked for Senator Phil Gramm (R-TX), Representative Wally Herger (R-CA), and Representative George Radanovich (R-CA).