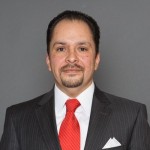 Horacio is a Mexican lawyer who obtained his LL.B. from the National University of Mexico and a LL.M. from New York University School of Law, where he concentrated in International Trade and Finance Law.

Horacio has over twenty years’ experience as an attorney in the private sector, where he has worked for a major national bank and a couple of law firms in Mexico City and Guadalajara in Mexico.

Since 2007 he is a partner at Vázquez Tercer & Zepeda, where he represents private parties in unfair trade investigations and advises on a broad range of trade and customs matters, including WTO law, export controls, customs security, and related tax planning. Horacio appears before customs, trade and tax enforcement agencies, appellate bodies and alternative dispute resolution boards based on Mexican, NAFTA and WTO law. He also advises the firm’s clients in matters related to company law.