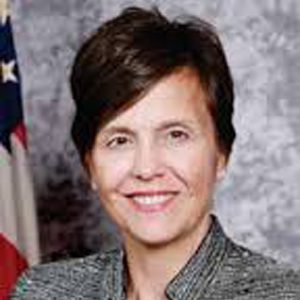 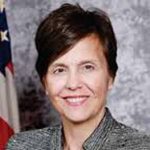 Rhonda Schmidtlein is Commissioner at the United States International Trade Commission (USITC). She was confirmed by the U.S. Senate on March 6, 2014, for the term expiring on December 16, 2021.

Commissioner Schmidtlein served in the General Counsel’s office at the Office of the U.S. Trade Representative from 1998 to 2003. In that role, she represented the United States as Head of Delegation and lead counsel in disputes before the WTO  and provided legal counsel in connection with the negotiation of numerous international trade agreements.

Commissioner Schmidtlein served as an expert consultant to the World Bank for the two years immediately prior to her appointment at the USITC. In that role, she provided expertise on projects that sought to strengthen audit and accounting regulation and oversight in countries with emerging markets. From 2005-2011, Commissioner Schmidtlein served as the founding Director of the office created to implement the international obligations of the Public Company Accounting Oversight Board (PCAOB).