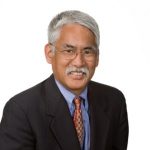 Warren Maruyama is a partner at Hogan Lovells. His practice focuses on the negotiation, implementation, and enforcement of international trade and investment agreements. He assists companies, industries, and trade associations in developing and executing strategies to improve market access and address regulatory and trade barriers, including WTO and FTA dispute settlement challenges to barriers to goods, services, and intellectual property.

From 2007 to 2009, Warren served as General Counsel of the Office of the USTR. During his tenure, USTR launched 10 WTO and London Court of International Arbitration enforcement actions challenging foreign trade barriers to U.S. exports. As Acting Deputy U.S. Trade Representative for China in 2008, Warren coordinated USTR’s participation in the Cabinet-level U.S.-China Strategic Economic Dialogue (SED) and the U.S.-China Joint Commission on Commerce and Trade (JCCT). Warren served as one of USTR’s lead negotiators for the so-called “May 10 Agreement” between the Bush Administration and the Democratic Congressional leadership, which ended a decade-long impasse over the role of labor and environmental provisions in U.S. trade agreements and cleared the way for eventual approval of the administration’s pending FTAs. He personally argued cases in front of the WTO’s Appellate Body and helped lead the Doha Round negotiations over antidumping, leading to the inclusion of a U.S. zeroing proposal in the chairman’s draft.

Warren was a partner in Hogan & Hartson’s (now Hogan Lovells) International Trade Group from 1993 to 2006. He served as Associate Director and Deputy Associate Director of the White House Office of Policy Development from 1989-1992, helping develop the Bush Administration’s major trade policy initiatives, including Super 301, NAFTA, the Uruguay Round, Steel Trade Liberalization, and Enterprise for the Americas. He was an Associate General Counsel at USTR from 1983-1989, where he successfully litigated GATT and U.S.-Canada FTA disputes, negotiated an Uruguay Round Mid-Term Review agreement that established the framework for the WTO Agreement on Subsidies and Countervailing Measures, and represented USTR during the negotiation and drafting of the Omnibus Trade and Competitiveness Act of 1988 and the Trade and Tariffs Act of 1984. His first job in government was as an Attorney-Advisor at the U.S. International Trade Commission.